User segmentation: A guide to understanding your customers

User segmentation is the practice of dividing all customers into segments based on characteristics they share. For example, sorting users by region, language, or behavior. The better teams are at segmenting their users, the more personably they can treat each group. But if personalization is the path to long-term product success, most companies still have a long road ahead.

Eighty-one percent of consumers today wish companies knew them better, while ninety-four percent of marketers wish they knew their customers better. Why aren’t the two just talking it out? Because communicating with users is a science-powered art, and intuiting what users want takes tools, time, and proper segmentation.

Let’s explore how you can use segmentation to build a better product.

What customer segmentation strategies can I use?

Customer segmentation can be divided into some of the following types:

Any piece of data companies track on their users can be useful in segmentation, so long as those distinctions are meaningful. Customer segmentation should always tie back to a business goal such as purchases and revenue.

Every team will have its own idea of what data is most valuable to capture. An ad-driven online magazine might make money from views and be quite happy tracking viewer traffic, whereas a CRM platform might care about sales and recurring revenue. It all depends on the business model.

Here are a few types of data teams might want to capture on their users:

The sum of each segment’s likes, dislikes, behaviors, and characteristics offer clues as to what they want. It’s up to each team to record its users’ desires in a user profile and to make changes to their product’s features, messaging, and marketing to better meet users’ needs.

So how does a team decide how to segment its user base? Let’s explore how a user segmentation platform like robotmia can help.

How to do customer segmentation

To segment customers, companies need a way to view all users. But getting a grasp on that entire audience isn’t always easy. Most sites and apps aren’t built to analyze themselves and it can be difficult to track individual users and the journeys they follow through the app, much less compare two different user segments.

A media site, for example, might be able to use its website’s analytics to determine how many users merely visit its publication versus how many stay to click an ad. But which users are which? What screenflow do they typically follow? How can the team send a message to just the users who subscribed but never returned? To draw meaningful distinctions, the media site needs a way to separate visitors by their characteristics and behaviors.

A user segmentation platform is often the answer. robotmia, for example, integrates into a site, an app, or both, to pull user data that the site or app was never designed to capture. It offers a user-friendly interface with which teams can create segments, save reports, track funnels, and message users, all in one platform.

2. Identify segments based on business priorities

As we mentioned before, segments are only useful if they’re tied back to business priorities such as revenue. If teams know what they want their users to do, they already know their first few segments.

Here are metrics teams might use to define segments:

Analytics platforms allow teams to create segments more quickly. robotmia, for example, tracks interactions that occur on a site or within an app, highlights the most frequently occurring events, and suggests metrics that teams should track.

3. Use analytics to generate reports

Using either an Excel spreadsheet or a user analytics platform, teams can create, save, and share reports for different user segments. Teams might generate reports to:

4. Make changes based on segments

By comparing a segment to another segment or the total user population, teams can identify meaningful differences. This provides teams with a roadmap for building a better product.

For a mobile fitness app, for example, a team might find that its most valuable users are more likely than the average user to finish setting up their profile. The team can then rearrange its onboarding flow to make sure that every new user completes their profile.

An enterprise financial services app might find that users that came from sales-generated leads have a greater lifetime value than self-provisioned ones, and decide to focus more marketing dollars on sales enablement. A social media app might find that users that download their mobile app are twice as sticky, and create in-app notifications on desktop to drive more mobile users. Segments lead to insights which often allow teams to build better products.

Customer segmentation helps teams discover what’s true about their most valuable users to attract more of them. It lets teams focus on those power users, those high-rollers, those shopaholics, and those gaming enthusiasts to give them more of what they want.

Without segmentation, product development is a matter of intuition and guesswork and teams can’t know whether their efforts paid off. Was a spike in usage due to the new feature release or the weather? Without data, it’s hard to know. The team may have a hunch, but without certainty, they’re just likely to backslide as to move forward.

When companies learn from their segments, they can personalize the user experience. Customers today expect intuitive and user-friendly interfaces. They prefer that sites and apps “just work.” This means product teams need to learn as much as they can about users and make sure their app isn’t trying to be everything to everyone.

Just picture a classic newspaper with no segmentation. It’d be a disorganized jumble of culture, sports, and foreign affairs articles. A baseball fan wouldn’t be able to skip to the recap of yesterday’s game and she’d probably abandon the newspaper in favor of a one that’s more focused. It’s a similar experience for any site or app. Users want to find the section they love, quickly.

The most meaningful segmentations are often discovered through research. It’s only through observation that an app’s product team can know why certain features or pages resonate with users. A/B testing, or presenting several variants of a feature or message, can help teams speed up their research.

Customer segmentation also allows teams to develop customer profiles, also known as cohorts or consumer profiles, which list the characteristics, behaviors, and interests of each segment. Profiles allow product and marketing teams to develop or improve products with the user clearly in mind.

Here’s a consumer profile example for a fictional fitness app:

Within a customer segmentation platform, the fitness app team can use boolean search terms to save Fiona as a cohort so they can check back frequently. Whenever the team thinks about new features, they can think about Fiona, and they can measure how the Fiona cohort responds to new releases. They can even assign scores and weights to different cohorts to determine their lifetime value and measure the ROI of marketing campaigns.

Personalization is key to long-term product success, and segmentation is one of the best tools for giving groups of users what they need. So who are your users, and are they getting what they want?

Receive our newsletter to stay on top of the latest posts. 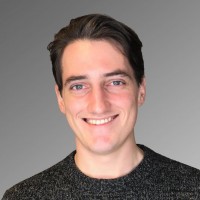 Readers also enjoyed:
8 Lessons I Learned From 8 CMOs
June 27, 2018
How Viber empowers advertisers to have two-way conversations with one billion people around the world
June 20, 2018
How we track customer costs in robotmia
June 14, 2018

Talk to a Sales Representative